Funderbark, Barefoot, Hunsucker, Poovey, Formy-Duval …  Not only are these names a little, um, unusual, but they’re also about as Tar Heel as it gets.

Believe me, I know. I’ve been collecting names like these since I can remember. I’ve found them in newspapers, in phone books, in cemeteries, meeting people, driving down the street – you name it.

And I always check ancestry.com to make sure that these are indeed North Carolina names – that the Old North State leads the nation in Clodfelters, or Bumgarners, or Crumplers.


Barefoot – This one is originally from Barfuss, the German word for “barefoot.” It probably just comes from someone who habitually went around that way. It’s most famous holder is a judge, the wonderfully named Napoleon Barefoot, from the southeast corner of the state. 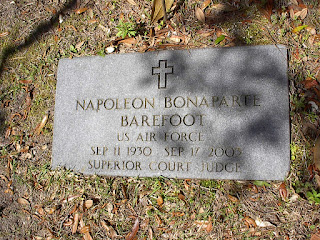 Bumgarner – You may already be familiar with this one – if you’re a baseball fan that is. Madison Bumgarner is a starting pitcher for the San Francisco Giants, was the 2014 Sports Illustrated Sportsman of the Year, and was born and lives in Hickory. The name itself comes from the German Baumgartner, which literally translates as “tree gardener,” and means someone who worked in an orchard. 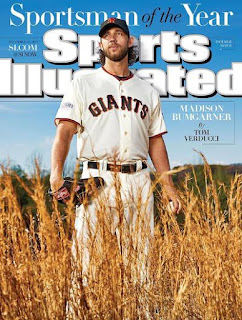 AKA, Mad Bum
Clodfelter – It seems a bit of a stretch, but Clodfelter ultimately ties back to the Swiss town of Glattfelten. Dan Clodfelter, former mayor of Charlotte, is probably the most famous holder of this name. 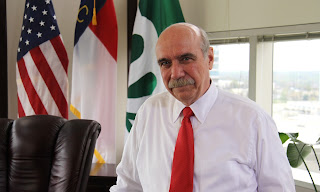 Cloninger – Cloninger is from another town in Germany, this particular one lost in the mists of time. Tony Cloninger, a pitcher from Cherryville is probably the most well-known Cloninger out there. He’s particularly famous for having once hit two grand slams in one game – not something that many batters have done, let alone pitchers. 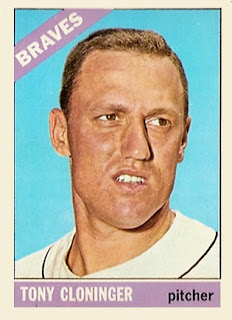 Crumpler – A bit of a mystery name, we do know at least that this one if English. Its most famous holder is probably Alge Crumpler, Greenville native and former Pro Bowl tight end. 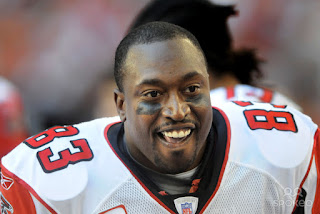 Faircloth – This one is also English, is more typically spelled “Fairclough,” and denotes someone who came from a “beautiful valley.” It’s a fairly well-known North Carolina family, which includes a U.S. senator (Lauch) and a U.S. representative (John). 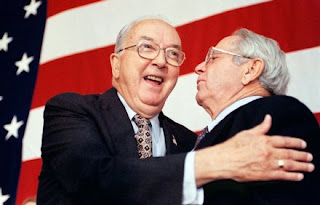 Formy-Duval – A genuine oddity, this double-barrel name traces back to French nobility. The original Formy-Duval was a physician who fled the French Revolution and ended up in the swamps of southeast North Carolina. His progeny were among the inhabitants of Crusoe Island, an island in Green Swamp that was famous for its isolation. 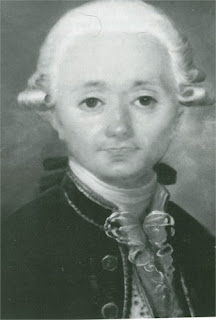 Funderburk – Possibly my personal favorite, Funderburk is another good German name that got completely butchered by English-speaking neighbors. It was originally Von der Burg, meaning someone who came “from the castle.” David Funderburk was a U.S. representative and the ambassador to Romania.

Grindstaff – Yet another German surname, Grindstaff probably originated as Frenzhof, the name of a town in Germany. Not totally sure how one turned into the other, but we North Carolinians have always been a creative bunch, right?

Holshouser – Continuing our German theme, Holshouser began as Holzhauser, which denotes someone who lived in a house made of wood (holz). Jim Holshouser was governor from 1973 to 1977. 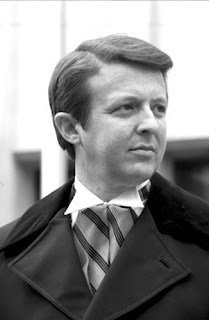 Jim wasn't yet 40 when he was sworn in

Honeycutt – Back to England for this one. The name literally means “honey cottage,” and probably means someone who may have been a bee keeper. There is a Honeycutt Park, in Raleigh.

Hunsucker – Here’s another Swiss town. Once again, we’ve lost a little in translation, with the town actually being spelled Hunzicker. Interestingly, there were actually a fair amount of Swiss settlers in the early days of North Carolina. A number of them settled in the New Bern area, naming that town after the city and canton in Switzerland.

Lineberger – Back to Germany for this one. The name denotes someone who lived in the town of Leinberg, in Bavaria. The Linebergers are a well-known textile family from Gaston County. There is a Lineberger Cancer Research Center named after them at UNC Chapel Hill. 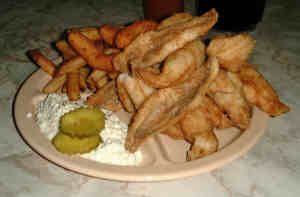 It was also the name of a famous fish camp (now Mr. T's)

Locklear – Locklear is an English name, is usually rendered as Lockyer, and means “locksmith.” It is typically associated with the Lumbee tribe, in the south central part of the state. And, yes, Heather Locklear does trace her name back to North Carolina and the Lumbees. 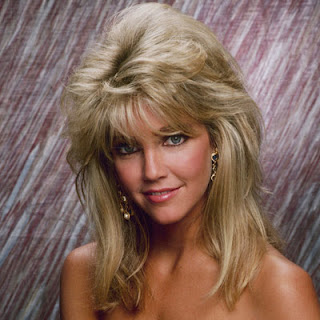 Luckadoo – Luckadoo is our only Irish name on the list. It was originally McAdoo, and means “black hound.”

Misenheimer – Like Lineberger, Misenheimer points to a town in Germany.   Meisenheim is in Rhineland-Palatinate, in the east-central part of the country. NC also features its own town called Misenheimer, the site of Pfeiffer University and roughly halfway between Salisbury and Albemarle.

Overcash – Well, there certainly are a lot of Germans in the Old North State. And we Tar Heels certainly do know how to butcher their names. Overcash was originally Oberkirch, which means “upper church.” It, too, is the name of a town in Germany, this one in Bavaria.

Pickler – Kellie Pickler was a famous contestant on American Idol. Her name is German as well, was originally Pichler, and denotes someone who likes to imbibe. I’m sure the expression of being “pickled” for someone who’s drunk has got to be related. 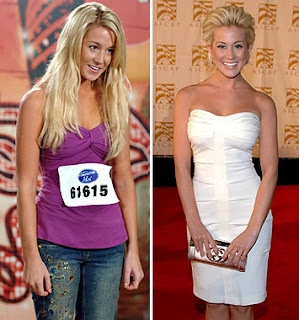 Poteat – This one is simply a Tar Heel version of the French Petite, meaning “little.” William Poteat, known as “Doctor Billy,” was a president of Wake Forest and leader of the Progressive movement in North Carolina.

Poovey – Our only Welsh name on the list, Poovey actually means “son of Hova.” How can that be? Well, the Welsh for “son of Hova” would be ap Hova. Similar names include Price (ap Rhyss), Pugh (ap Hugh), Perry (ap Harry), and Pritchard (ap Richard). See how that works?

Rivenbark – And back again to Germany. Rivenbark comes from the German Reifenberg. And that is from the town of the same name in Rhineland-Palatinate. A good deal of early settlers in NC came from this region. Celia Rivenbark, a humorist located in Wilmington, has written such book as Belle Weather: Mostly Sunny with a Chance of Scattered Hissy Fits; You Can't Drink All Day If You Don't Start in the Morning; and You Don't Sweat Much for a Fat Girl. 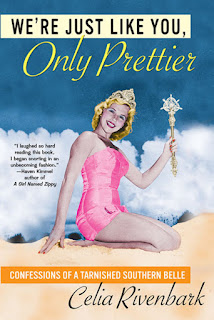 Stikeleather – Another butchering of a perfectly fine German name, Stikeleather comes from Steigleder, which denotes someone who made stirrups.

Swicegood – It’s seem only appropriate to finish with another butchering of a perfectly fine old German name. Swicegood is from Schweisgut, which literally means “sweat good,” and was a nickname used for blacksmiths.